On March 29, 2019, the U.S. District Court for the Northern District of Illinois dismissed a putative $70 million class action lawsuit against the Sheriff of Cook County, ruling that the class-action complaint failed to state a Fourteenth Amendment due process claim relating to the disciplinary process applicable to Sheriff’s Officers.  Vargas v. Cook Cty. Sheriff’s Merit Bd. et al., Case No. 18 CV 1598, 2019 U.S. Dist. LEXIS 54867 (N.D. Ill. Mar. 29, 2019).  The District Court held that the eight named plaintiffs, all Sheriff’s Officers who had been disciplined for misconduct, had no federal cause of action to challenge the discipline rendered against them.  The District Court pointed to the availability of ample and adequate state remedies to challenge disciplinary decisions under Illinois law.  The District Court concluded that “these Plaintiffs are currently receiving, or have received, all the process they are due under the Fourteenth Amendment,” and could not bring federal constitutional claims.   The Firm’s attorneys representing the Sheriff are  Stephanie A. Scharf , Sarah R. Marmor,  George Sax, and Morgan Churma. 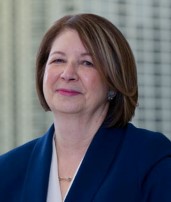