Scharf Banks Marmor hosted a reception on September 26, 2017 for Women Owned Law, a new national organization for women owned law and legal services firms and their supporters.  The firm is a Founding Sponsor of the organization.  Andrea Zopp, Chicago’s Deputy Mayor and Chief Neighborhood Development Officer, welcomed the enthusiastic crowd.  An attorney with an impressive career record, Ms. Zopp has previously served as Assistant United States Attorney, General Counsel of Sears and President & CEO of the Chicago Urban League.  She said that while progress had been made in women advancing in the legal profession over the last decade, significant change is still needed for women to have true parity with their male attorney colleagues.  She encouraged the gathering of women lawyers and entrepreneurs to keep pushing ahead.

Nicole Galli, Founder and President of Women Owned Law, shared that the organization aims to create networking opportunities and more visibility for women entrepreneurs in the law, while seeking to collect more data on women-owned law firms.  The group already has over 100 members with regional councils established.   Women Owned Law plans to start collecting data on where women owned law firms are and what kinds of law they practice through a pilot project in a single geographic region. It is continuing to expand its membership, research and programming throughout the country.

Scharf Banks Marmor and its attorneys are known for their leadership in advancing women in the law.  The firm is a Founding Sponsor and member of Women Owned Law and since its inception has been a member of the National Association of Women and Minority Law Firms.  Founding partner Stephanie Scharf serves as Chair of the ABA Commission on Women in the Profession and is a past president of the National Association of Women Lawyers and has authored numerous studies related to women’s advancement in the legal profession. 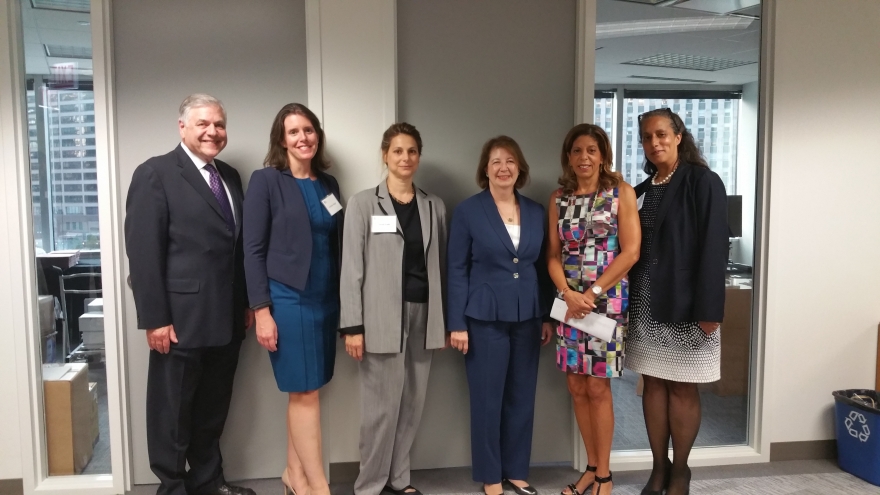